Incarnate Word Academy in Parma Heights, OH has developed a unique approach to introducing each weeks' Latin and Greek roots.  They film someone presenting the weekly roots and the meanings.  Guests presenters are often students, but have also been teachers, the principal, and others.  Program coordinator, Karen Micheli, took advantage of our attending the Ohio Catholic Education Association convention in 2015 to convince John to be a guest presenter.  Click below to see this novel approach to kicking off a week of roots! 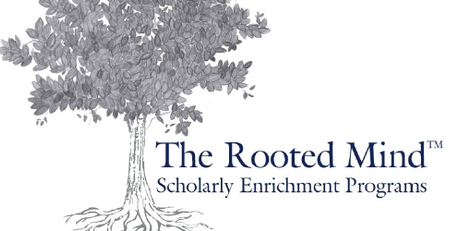 Lower Mills K-2 A & B donned their finest togas and laurel wreaths to take part in a toga party to celebrate the accomplishments of the young scholars in learning Greek and Latin roots.

Roots in the Press

Education reporter, Elizabeth Behrman, heard about the Latin and Greek Roots Challenge from parents who were praising the program that had been implemented in seven Pittsburgh schools. She visited one of these schools, St. Agnes School in West Mifflin, to see the Roots Challenge in action. Sr. Cynthia Wessel, St. Agnes's principal, not only demonstrated to Ms. Berhman how the program works, but also described why she wanted to implement the Roots Challenge to strengthen her students' vocabulary.

Our Lady of Mercy Catholic Academy in Forest Hills, NY is one of 18 Catholic schools and academies in Queens and Brooklyn with a program that teaches students Latin and Greek roots. "Currents" education correspondent, Marie Elena Giossi, reports on the progress of the Latin and Greek Roots Challenge.

The Roots Challenge in the Media

Listen to the show
View on Mobile