Latin, in turn, is rooted in ancient Greek. The Latin language was heavily influenced by the Greek language, just as much of Roman culture was shaped by the Greek culture and intellectual thought. Therefore, study of Greek is also highly beneficial in advancing academic performance.

Why Study Latin and Greek Roots?

Roots are the building blocks of the English language.  Understanding the meanings of roots helps unlock the meanings of words that contain those roots ... even if a student is not familiar with those particular words.

For instance, if a student understands that peri- means "around" (e.g. periscope - an instrument to view around corners; or perimeter - the measure of the boundary around an area) and that ge- (or geo-) means "earth" (e.g. geography - the study of or writing about the earth's natural features; or geology - the study of the earth's structure and composition) ... then he or she should be able to understand that the word perigee has something to do with "around the earth".  In fact, perigee means "the point of an orbit where the satellite is closet to the earth."

Understanding root meanings gives students the tool to identify the definitions of new words that they encounter.  They learn "to look within a word to find its meaning!" 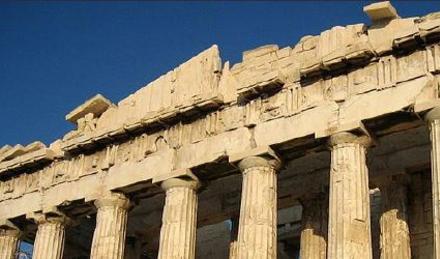 Why Latin and Greek?

Why Latin and Greek?  Why Roots?  Why the Challenge?  In a nutshell, this program recognizes the importance of Latin and Greek roots, prefixes, and suffixes within the English language.  Students who have a command of roots and their meanings have a distinct advantage in vocabulary acquisition and retention, in reading comprehension, and in taking standardized tests.

Research shows that foreign language study in general, and the study of Latin in particular, contributes to students' advanced academic performance. According to the 2016 College-Bound Seniors - Total Group Profile Report, students who studied Latin consistently scored higher than other language students and the general population on the reading and writing sections of the SAT for the period of 2003 through 2016. For example, mean SAT Reading and Writing scores in 2016 for students who also took the SAT Subject Tests in the following languages were as follows: 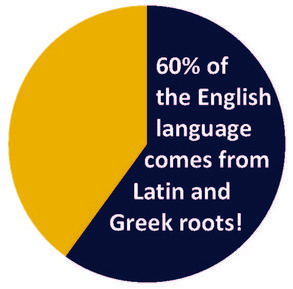